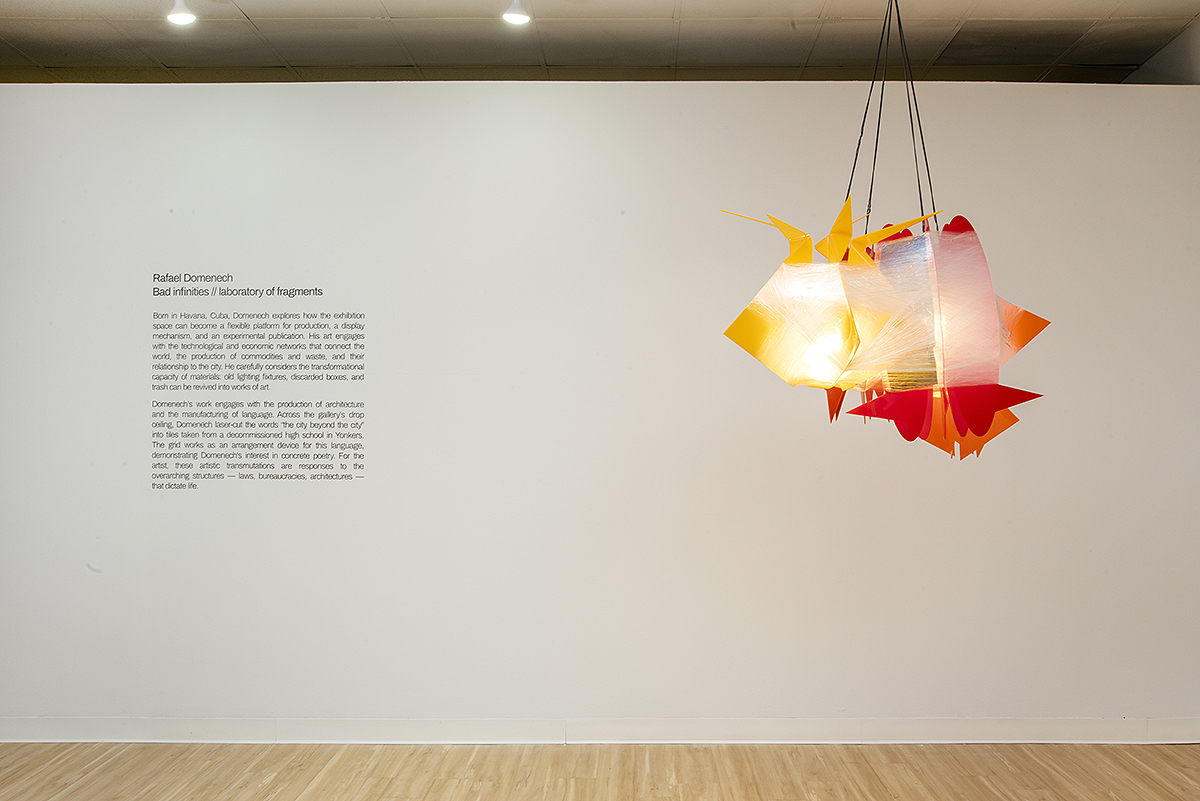 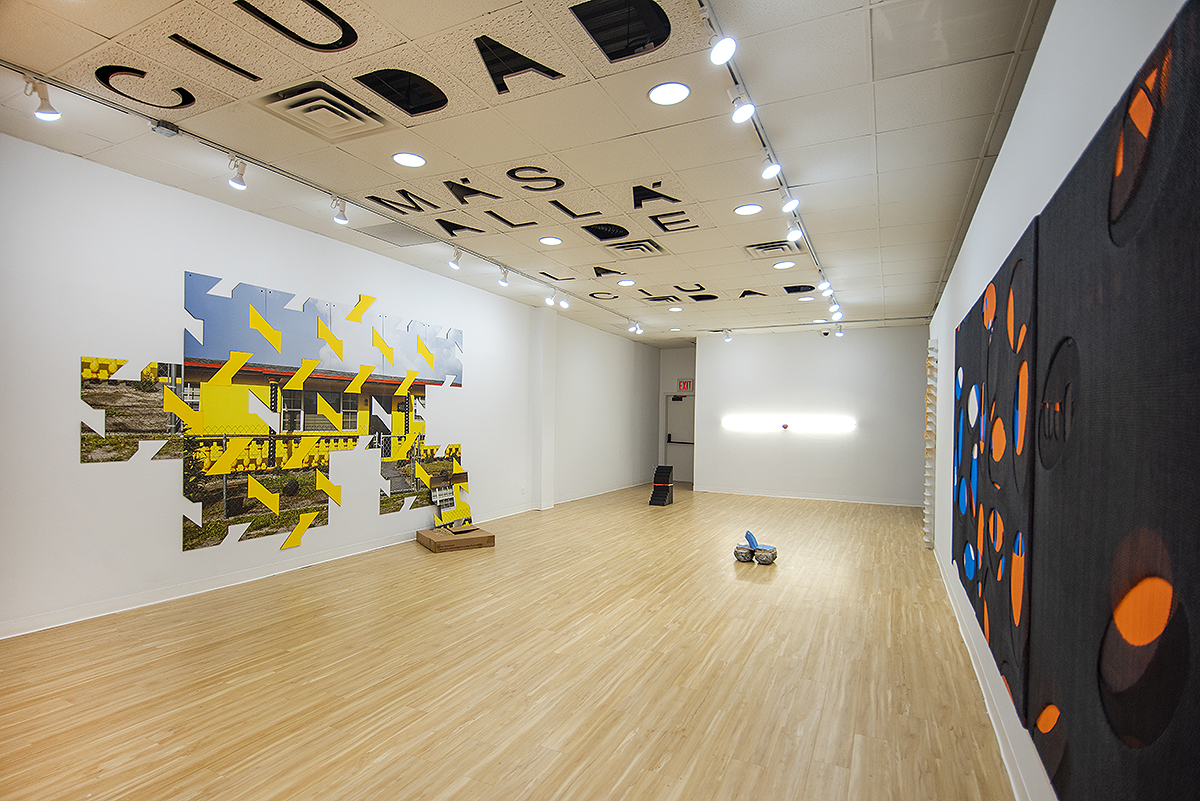 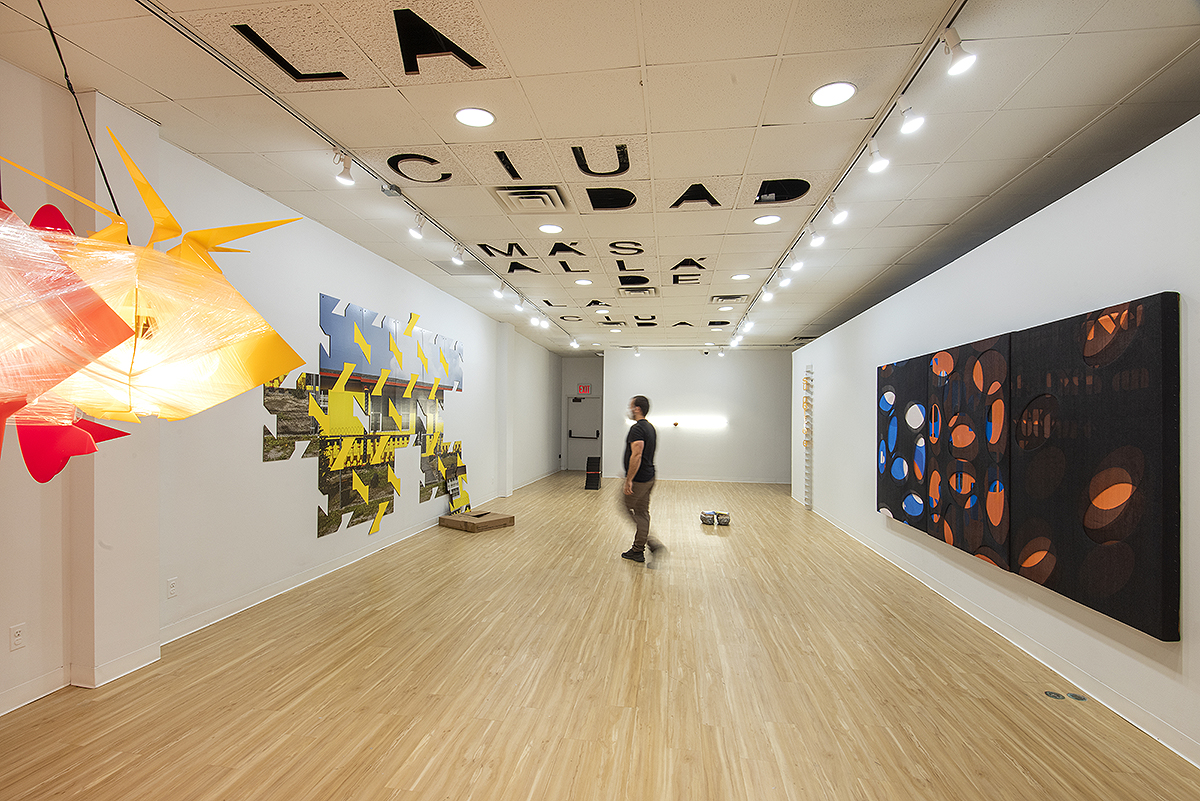 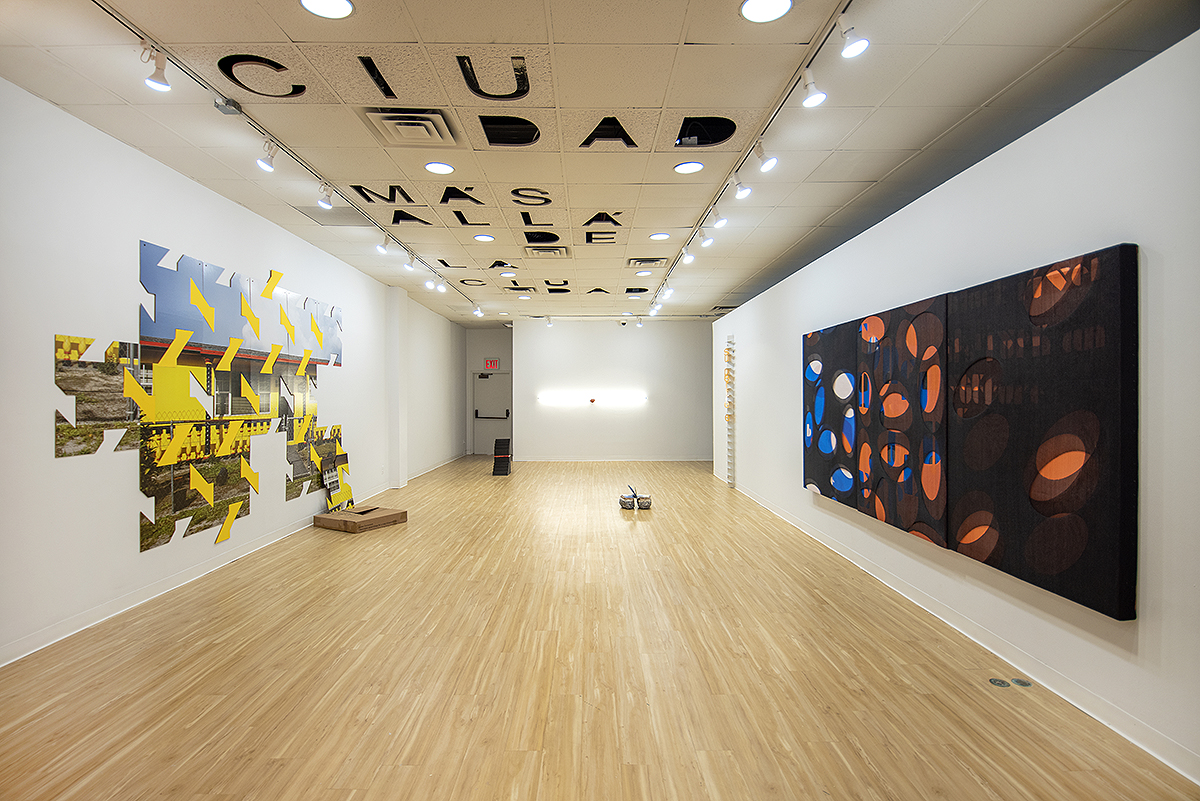 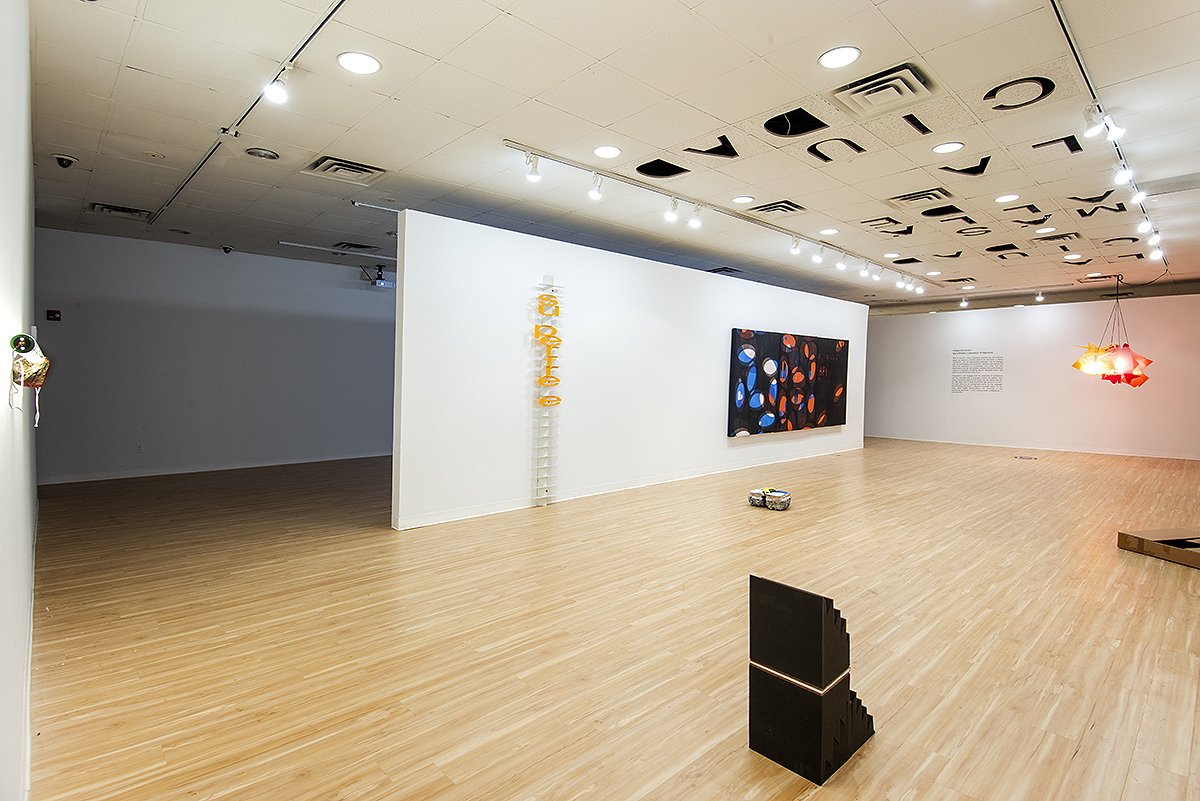 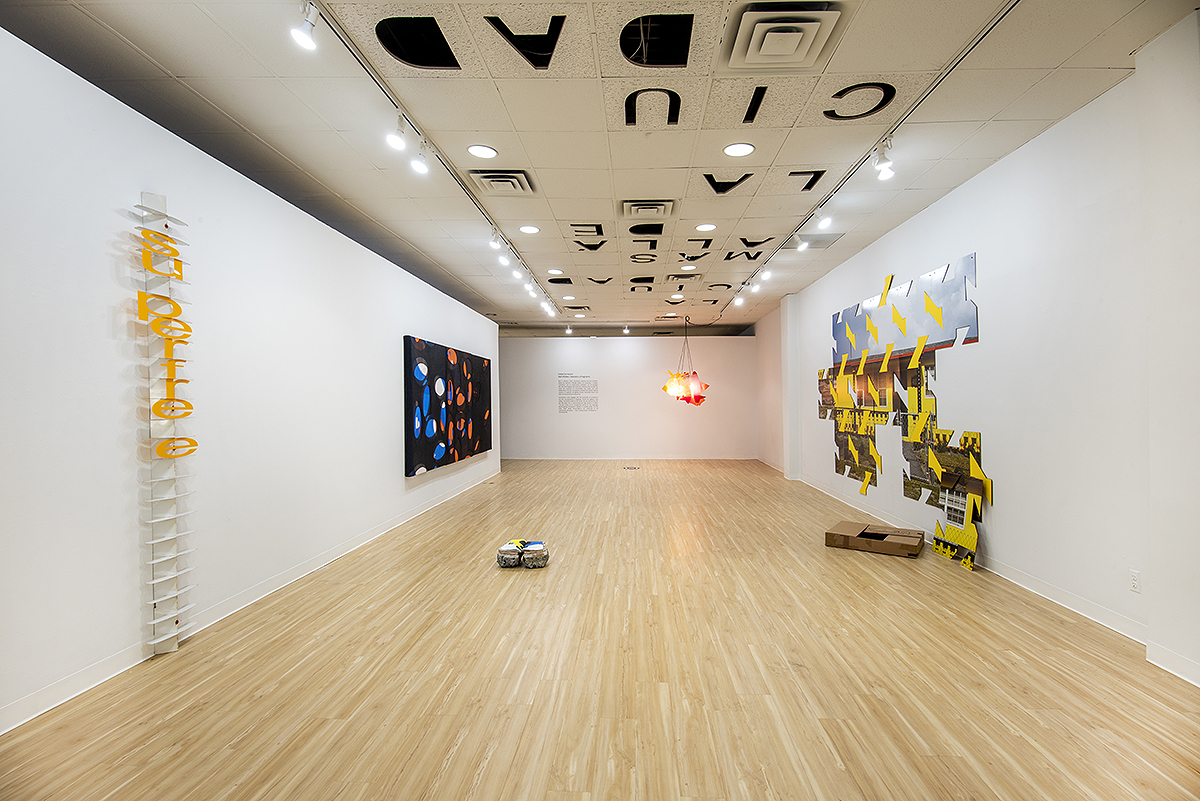 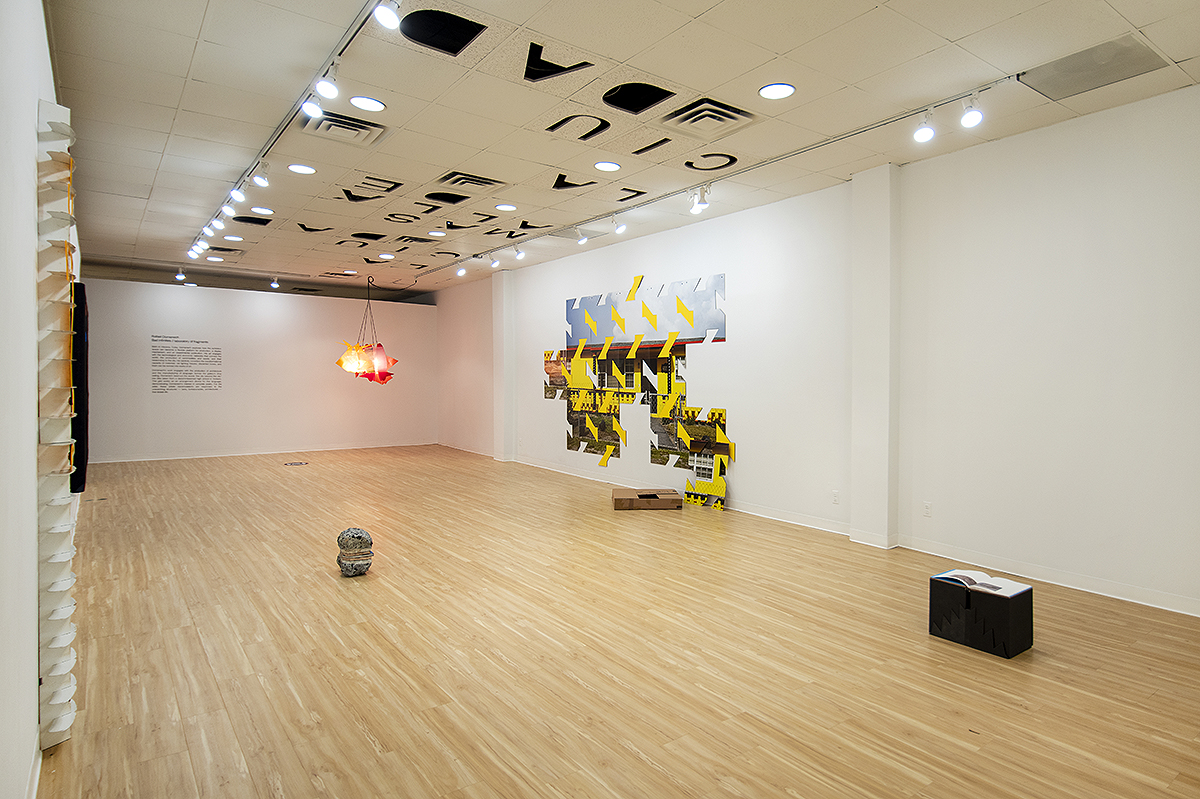 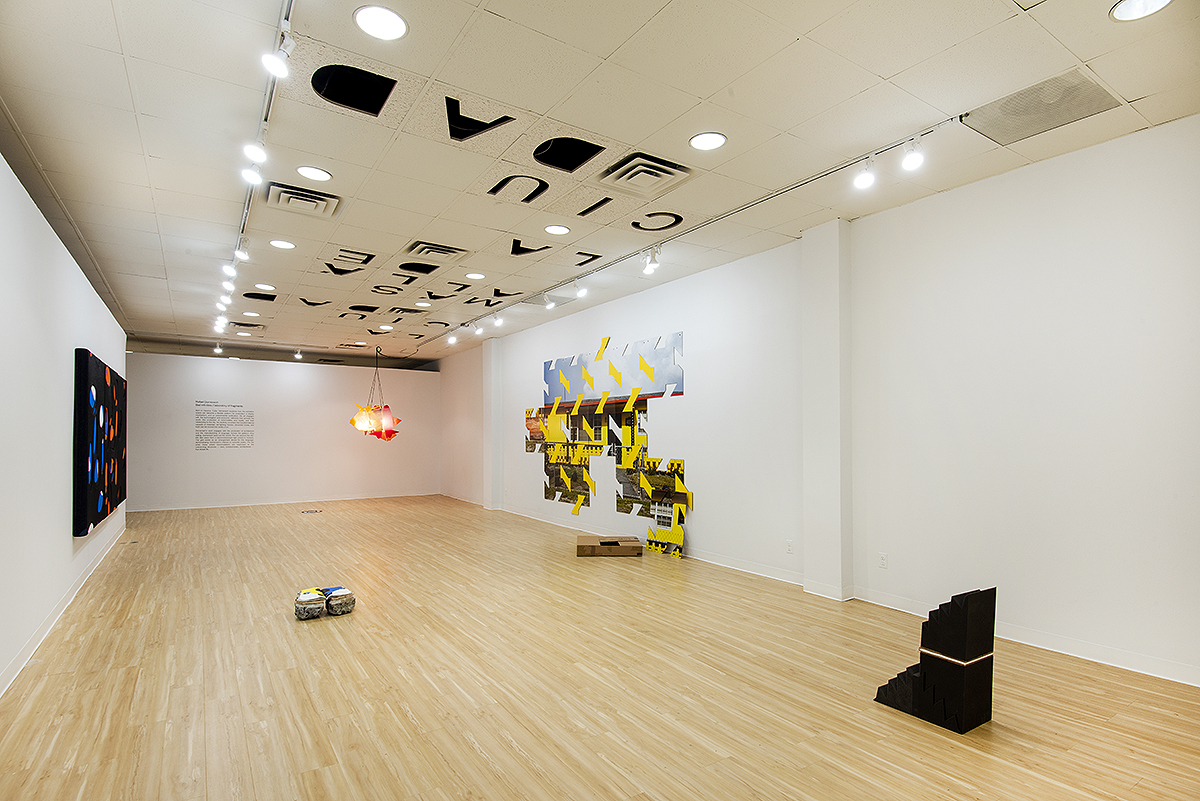 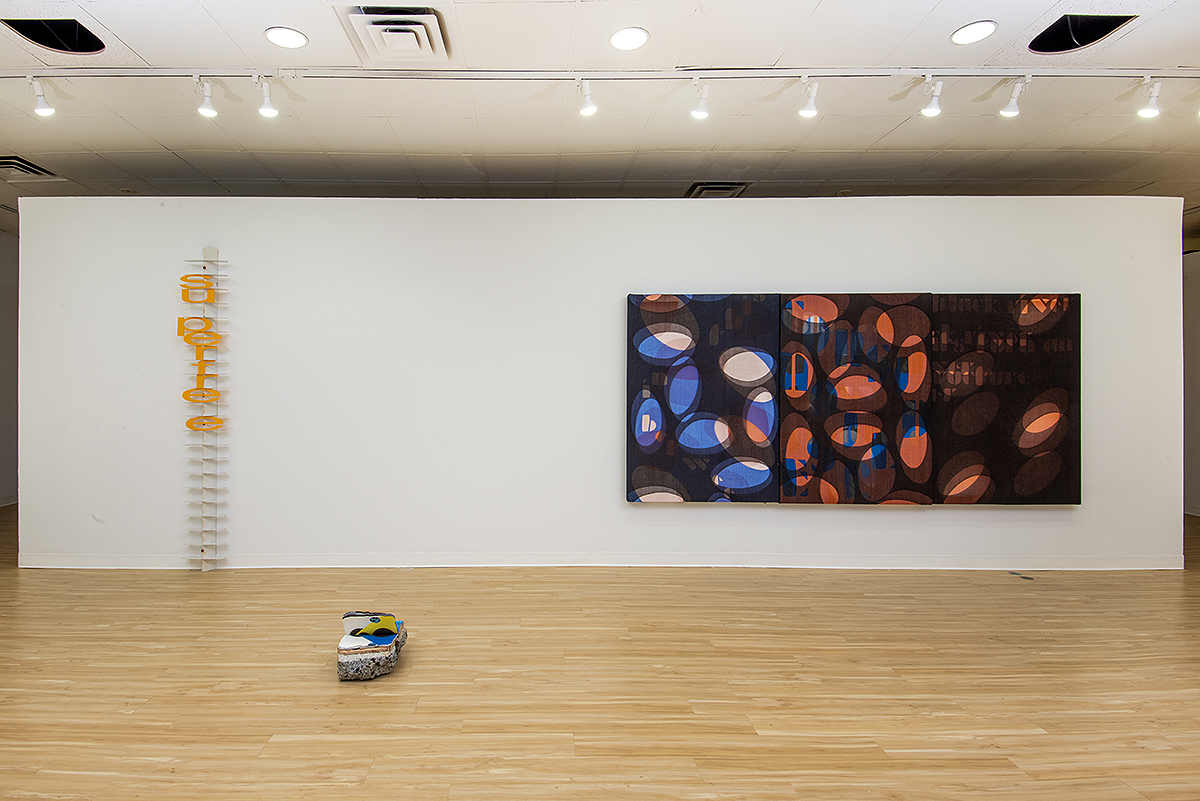 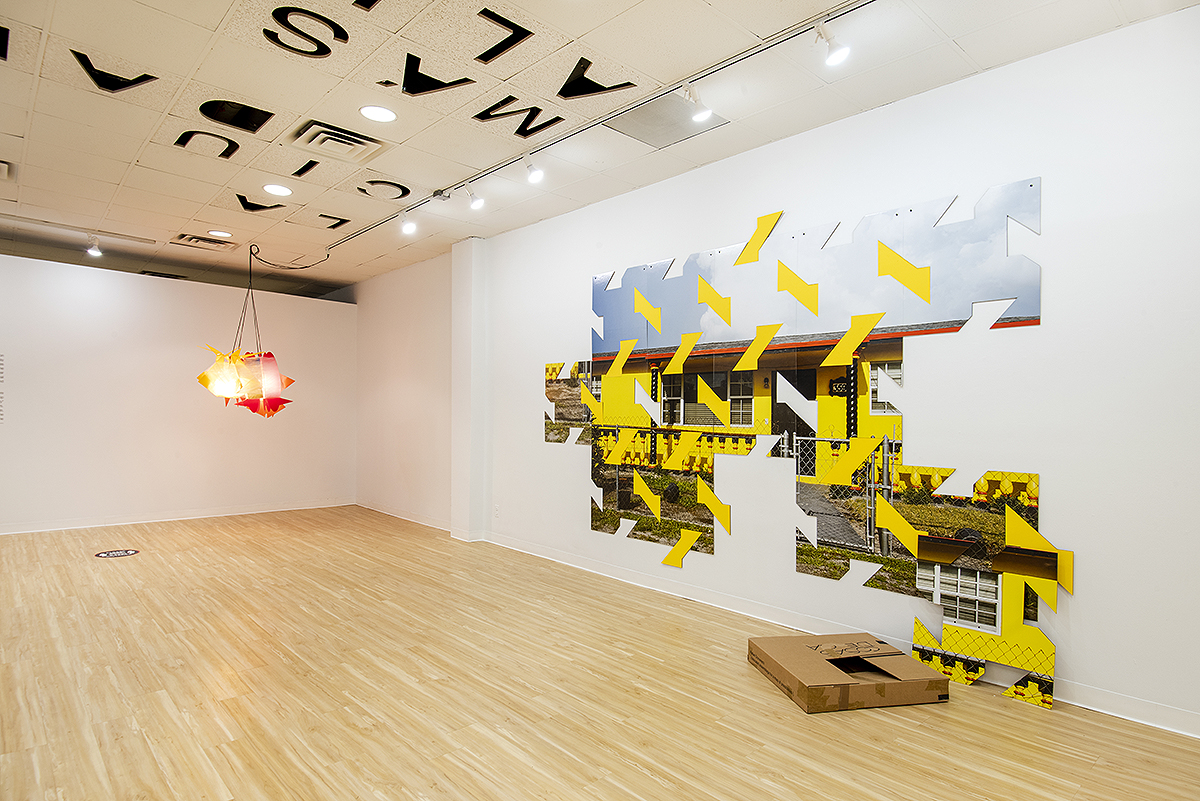 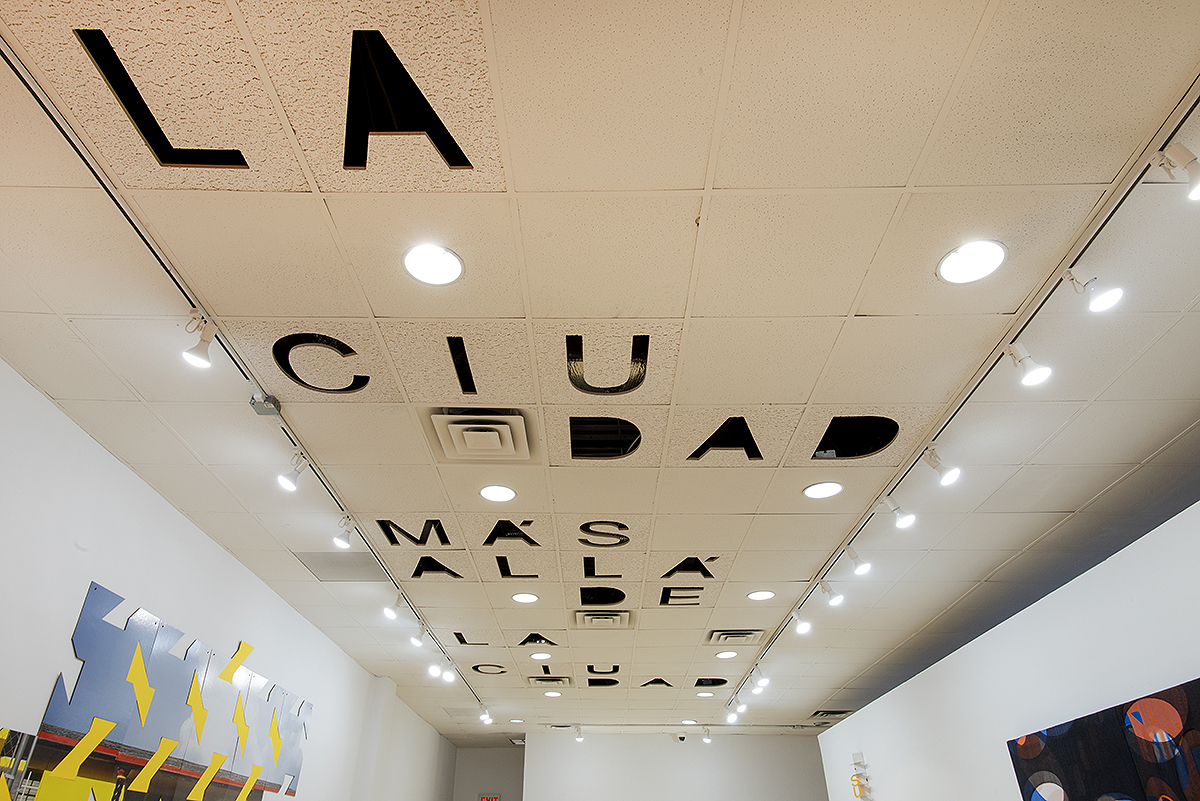 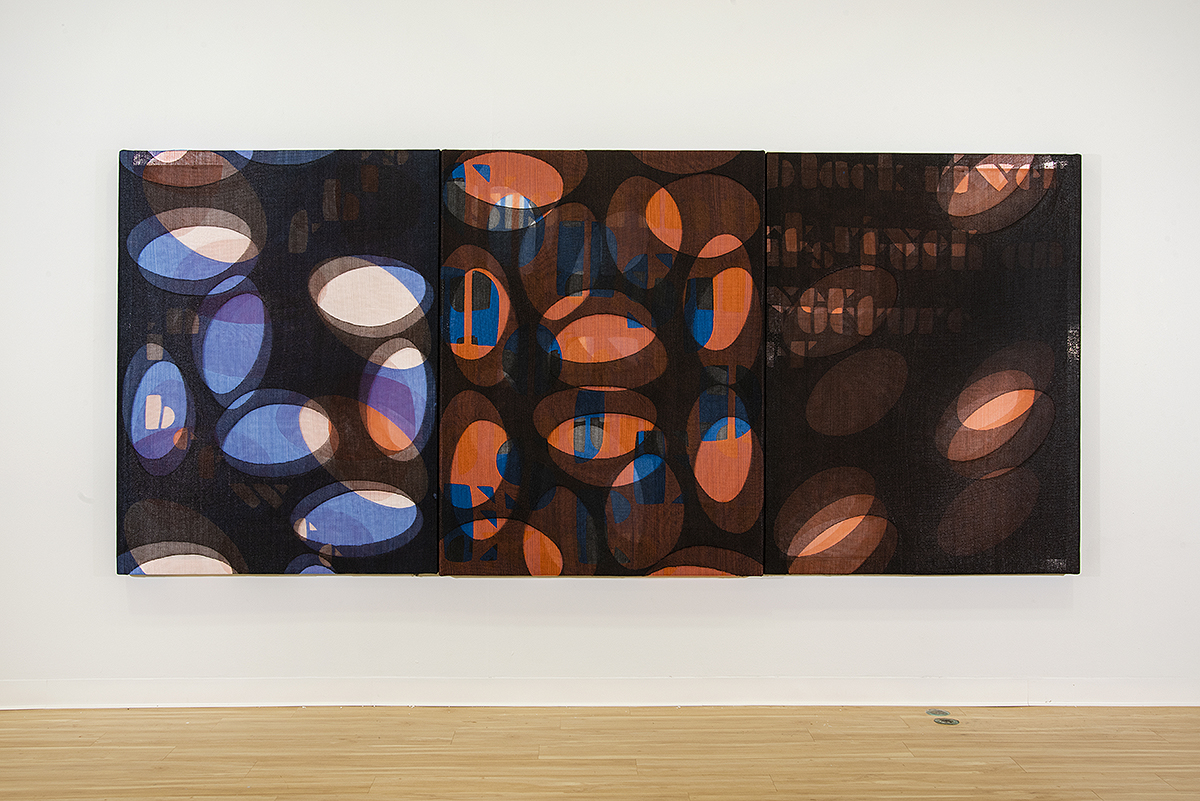 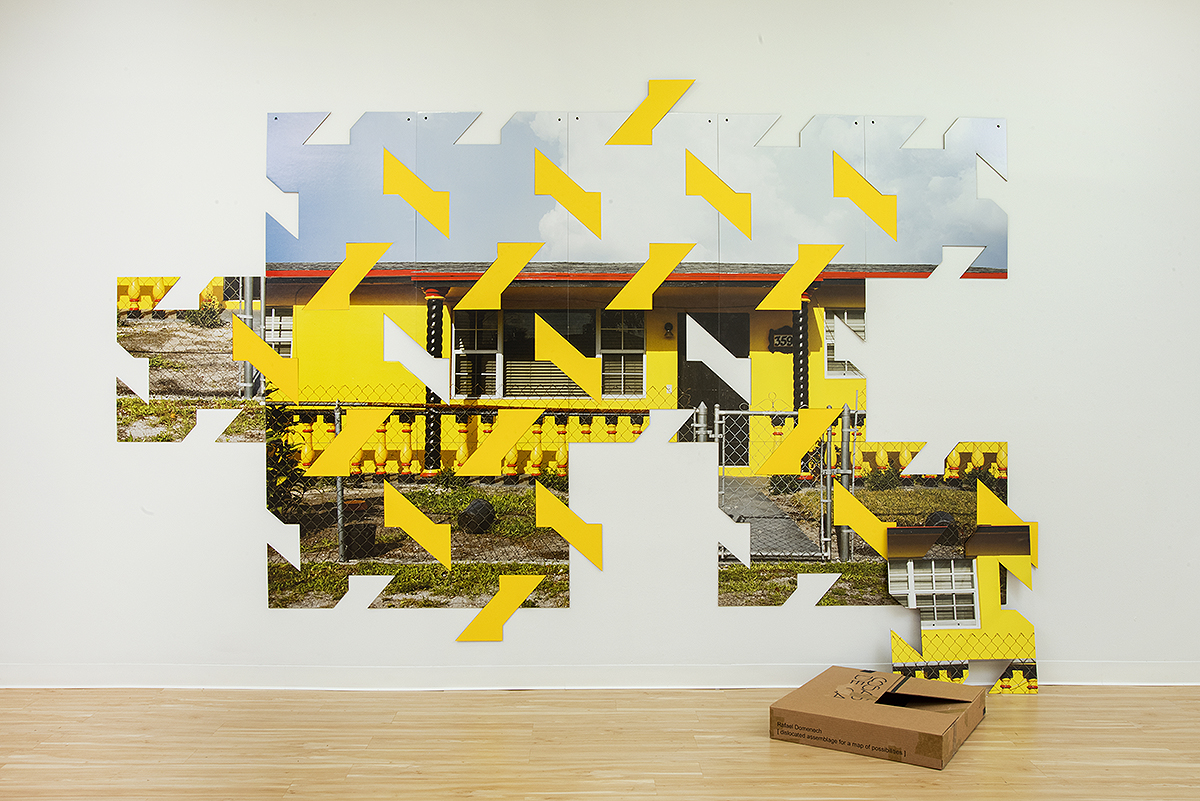 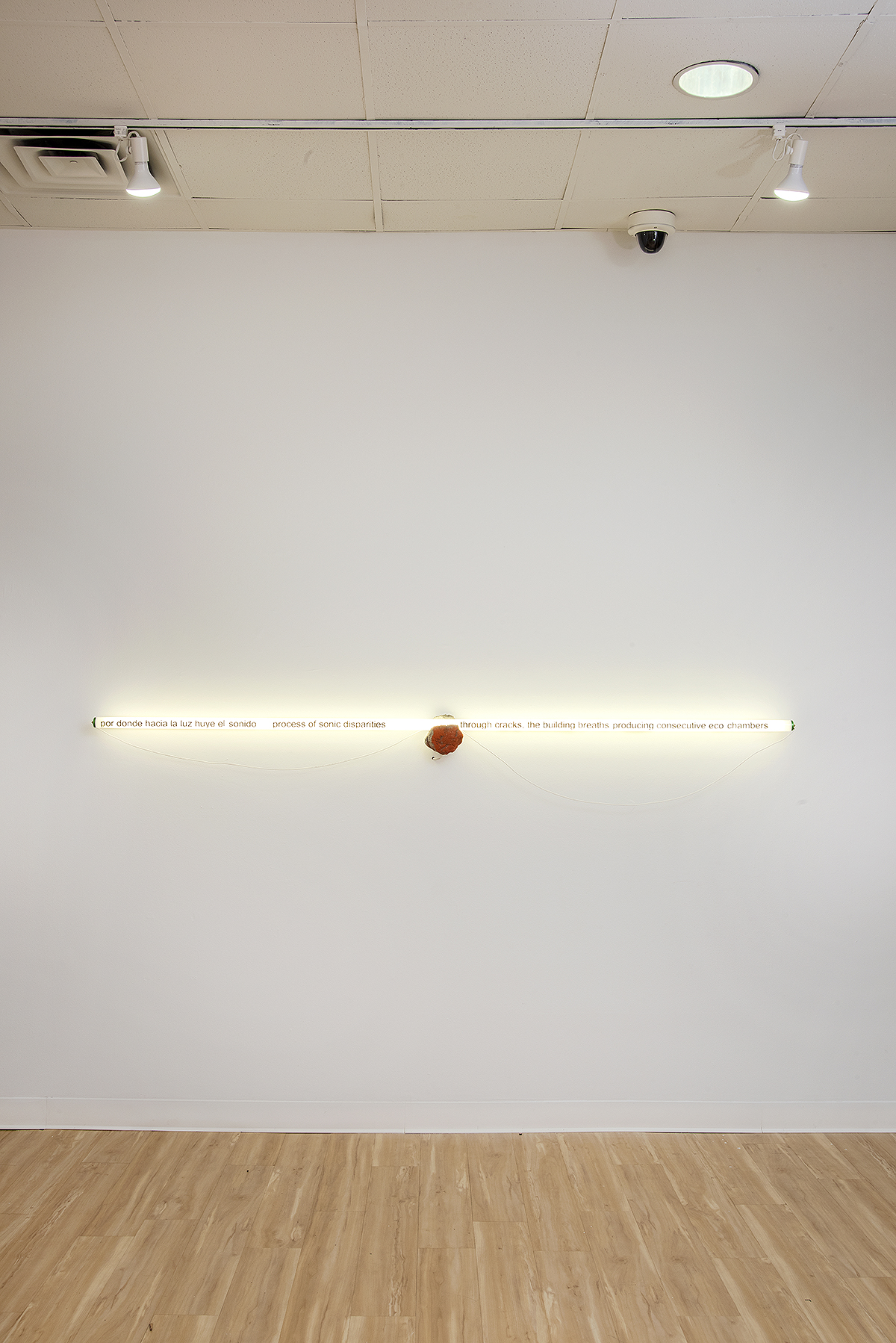 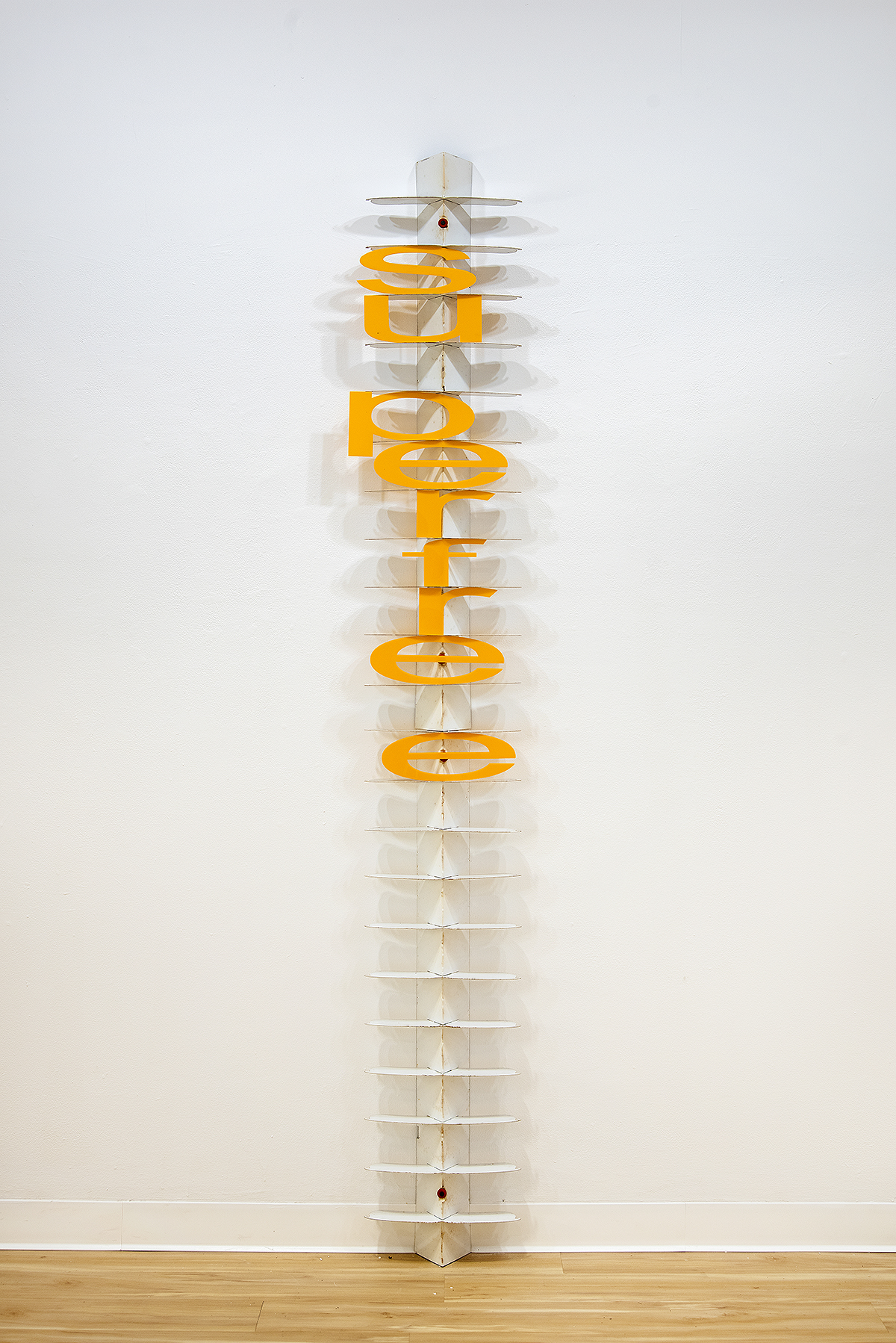 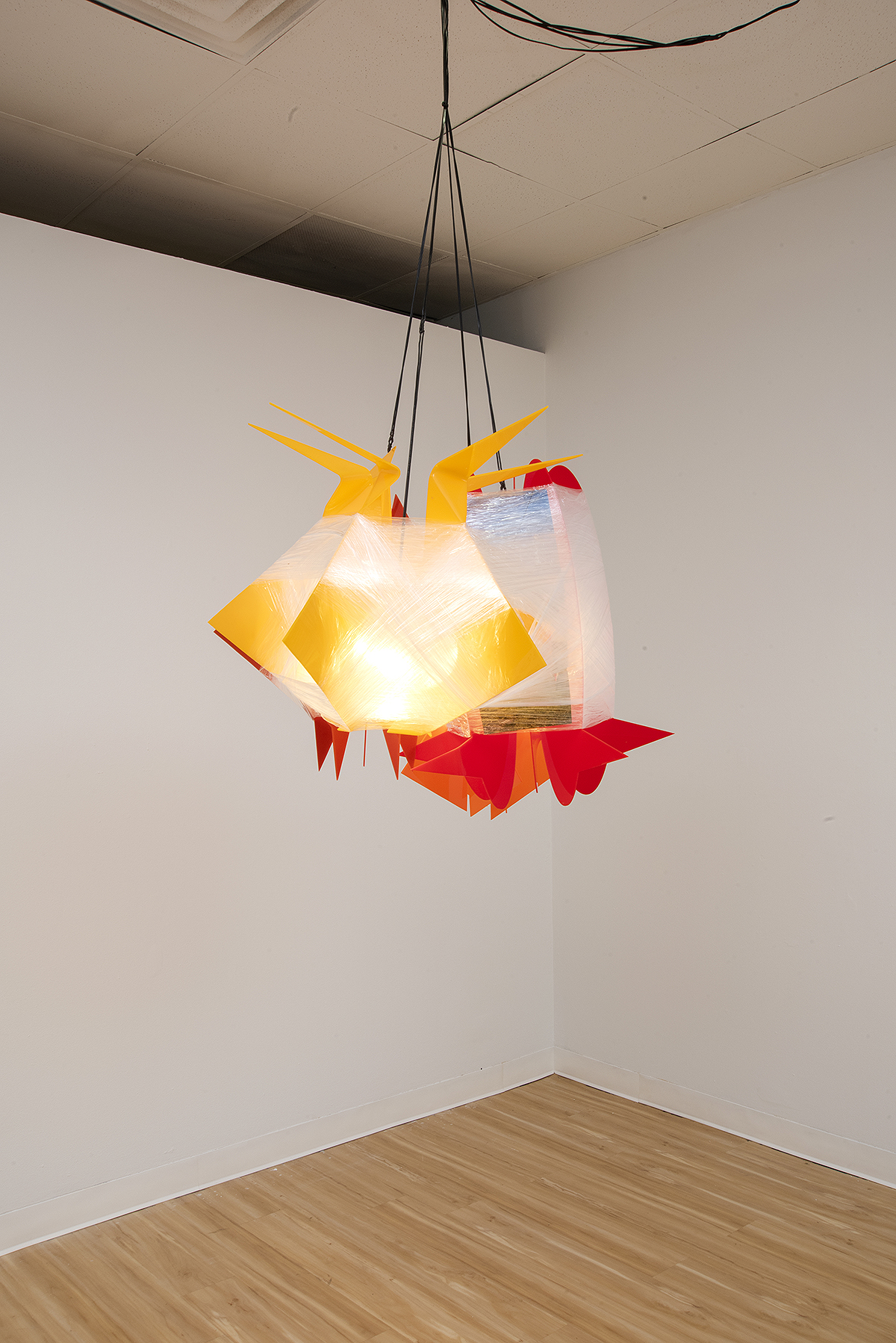 The Yeh Art Gallery at St. John’s University in New York City presents Bad infinities: laboratory of fragments, a solo exhibition by Rafael Domenech. Domenech employs various methods to explore how the exhibition space can become an open format for production, a display mechanism, and an experimental publication. His art engages with disparate, yet interconnected themes: the technological and economic networks that connect the world, the contemporary production of materials and commodities, and their relationship to the urban landscape.

For this exhibition, Domenech proposes, in his words, an “object/visual essay” that parses the relations between the production of commodities, as described in Saskia Sassen’s 1991 landmark book The Global City, and their manifestation within the urban environment. Exploring the different possibilities of objects, he carefully considers the transformational capacity of materials and how they relate to production and waste, a dialogic that points toward an unresolved process. For the artist, these transmutations are deliberate responses to the overarching structures that dictate life. Among the works in the show is [dislocated assemblage for a map of possibilities], a reconfigurable image contained inside a found cardboard box. The image is composed of fifteen rectangular pieces of a printed photograph mounted on cardboard. The pieces join together to form a standardized geometric shape predetermined by the digital tools offered in Adobe Illustrator.

Domenech explains how his creative process engages with the city and refuse: “Walking through a sidewalk-less American suburb, I grabbed a discarded box in front of a house. This box was a metrically-scaled rectangle resembling the house behind it, and was part of the trash bundle left to be picked up next morning. Thursday is the day when all trash is put outside, and an entire sub-economy of litter and waste arises. The metal scavengers are the first to do the rounds, followed by people looking for functional pieces of furniture, with cardboard recyclers last. The box contains the image that determines its scale.”

Domenech’s work is also concerned with production of architecture and manufacturing of language. Across the ceiling the words “the city beyond the city” are laser-cut into ceiling tiles taken from a decommissioned high school in Yonkers. The grid works as a linguistic arranging device for this relocated language, furthering Domenech’s interest and exploration of concrete poetry.