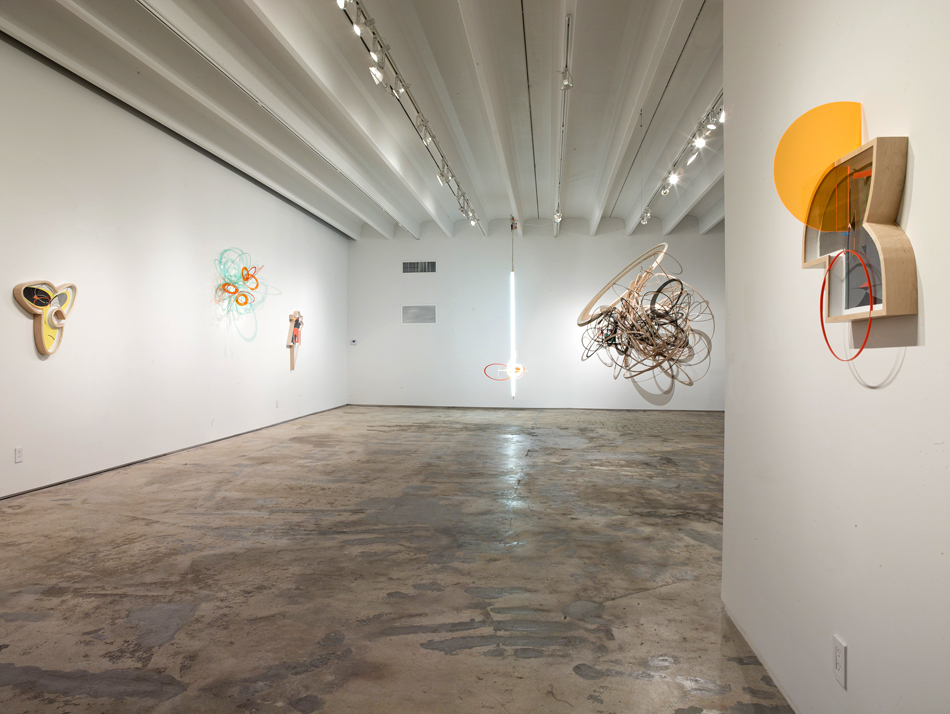 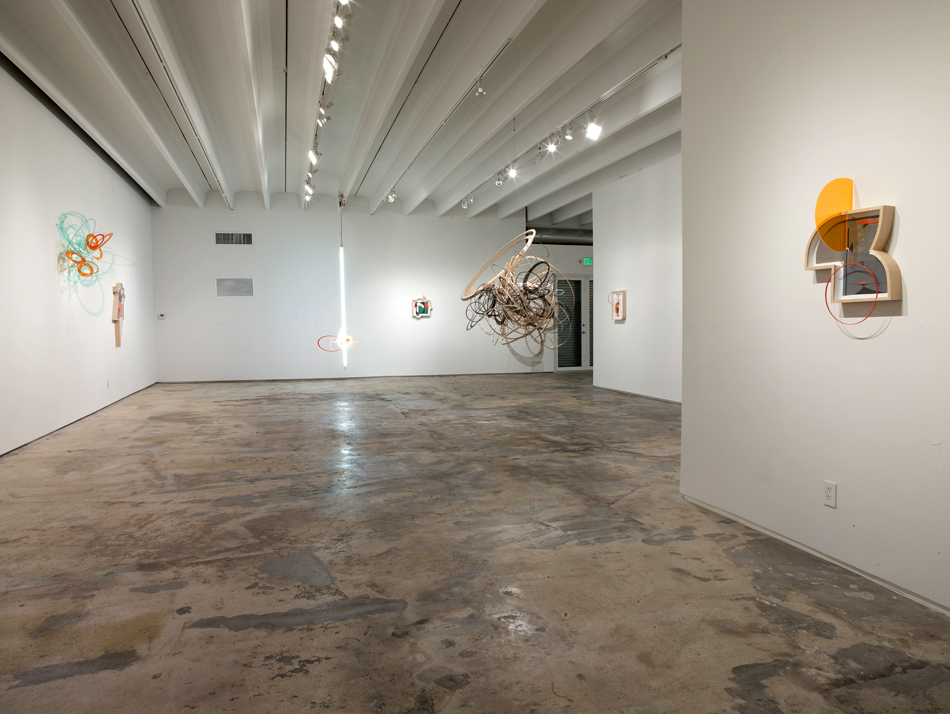 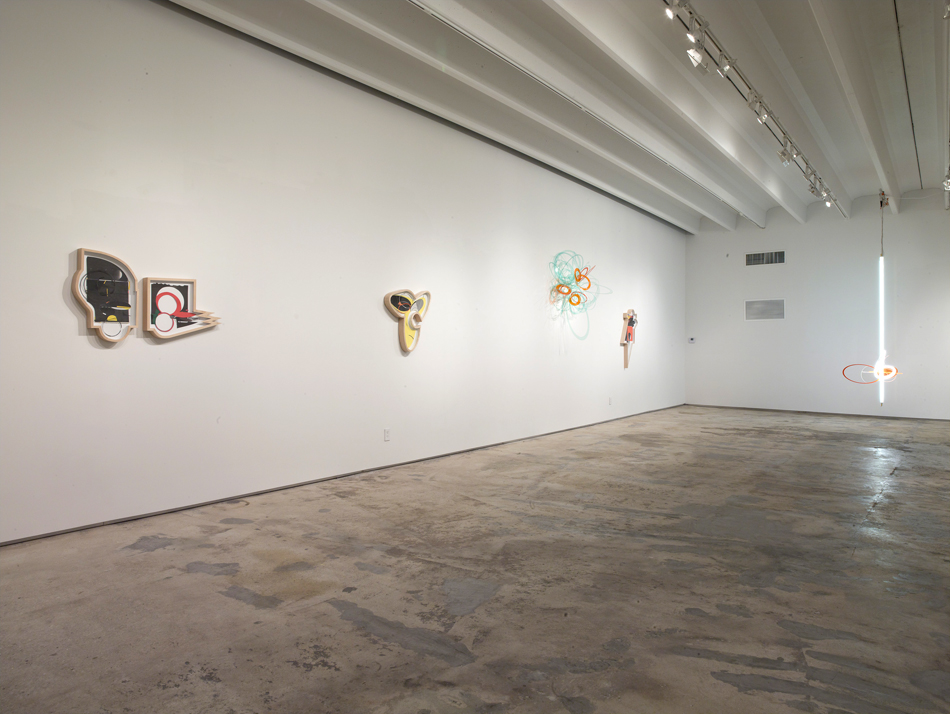 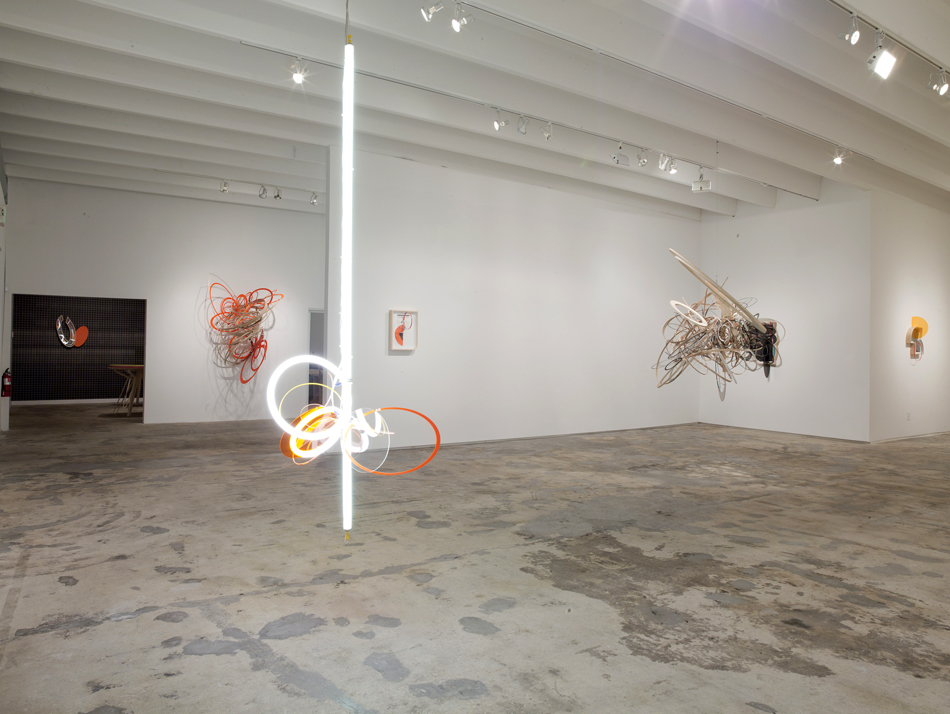 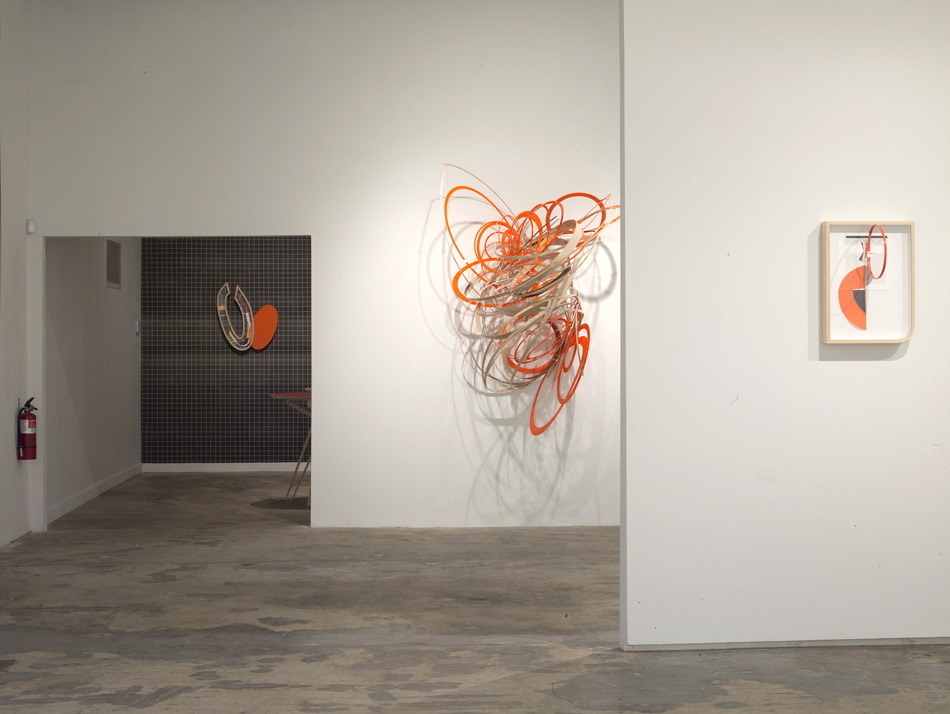 The List of Messier Objects historically refers to a book or list of astronomical objects. The book first appeared in 1771 and it was completed in 1966 when the last objects were added. It functioned as a notebook where discoveries were added and recorded.

Rafael Domenech utilizes The List of Messier Objects as idea, structure and tool to organize a sequence of artworks in space, forming a pattern where all the pieces presented have either physical or theoretical connections. The works function not only as individual pieces, but also as integral components of a larger system.

Utilizing the city as the main source of materials, the artist investigates through observing, collecting and then reusing, the forces that define his interaction with the context.

“Found paper, plastic, metal, the little piece of newspaper, the black rock on the corner, a light bulb, orange, why is orange the most reproduced color, glue, 386 dollar, Plexiglas, 1/8 of an inch, grey, wood, 158 miles, a group pf palm trees, the studio, the streets…”

The exhibition displays an ongoing exploration on the idea of scale, space, surplus, system and geographical graphic identity. Each work explores the idea of space within itself, questioning basic parameters of form, inside/outside, and scale in relation to others and the human body.

The artist’s current output is rooted in ideas of system, surplus and contamination, mostly a result of a dedicated, investigative approach towards such topics. In this work, he has brought forth these notions to shape a series of pieces that examine formal connections that surfaced during fabrication. It is at this stage where a clear understanding forms on how materials affect and define the trajectory of an object.