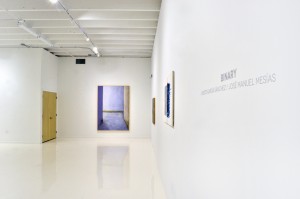 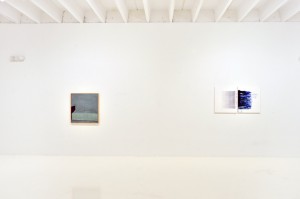 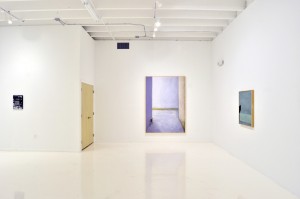 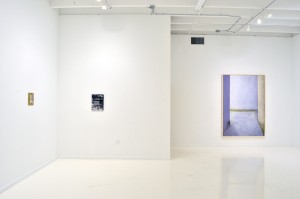 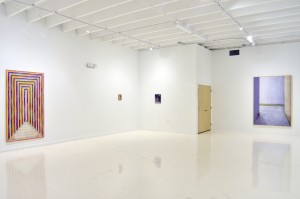 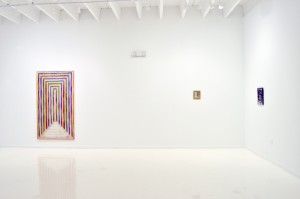 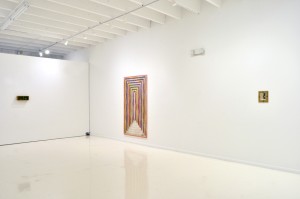 Jose Manuel Mesias utilizes his environment as a source of both concept and material. His work is deeply rooted in history and the cultural evolution of Cuba. Mesias deconstructs moments in history and recontextualizes these events to reflect contemporary occurrences: “Silent and mysterious large-format paintings, expressionistic portraits, and small creations—with rich textures and a certain poetic and spontaneous air—are the main tracks of my creativity. My work exudes the beauty and deterioration of the urban setting, as it transmits the anxiety and marvel that the world, in equal parts, provokes.”

Ernesto Garcia Sanchez approaches painting from a subtractive point of view. Sanchez’s abstract compositions are deconstructed through the cutting of canvas. The fine, grid-like surface invites the viewer to regard conceptual interplay between the color field and physical negative space. Sanchez says of his work: “When I think about painting, the idea of the essential immediately comes to me: the relationship between elements of the pictorial medium—with synthesis, with pigmentation in its simplest form. Pictorial elements comprise the greatness of formal simplicity, but, at the same time, they have philosophical connotations. Is not the act of painting a celebration of the present, an affirmation of being alive? May it not also be a way to rediscover the world? Throughout my career, I have been interested in investigating pictorial phenomena not only as simple media, but also as subjects and concepts. I work to explore elements that revolve around the world of the picture, and what the term ‘painting’ is given to mean. Among a variety of topics, I am interested in the plane—the way in which we normally consume a painting, the expansive nature of the pigment, and the way it moves within and out of its frame.”