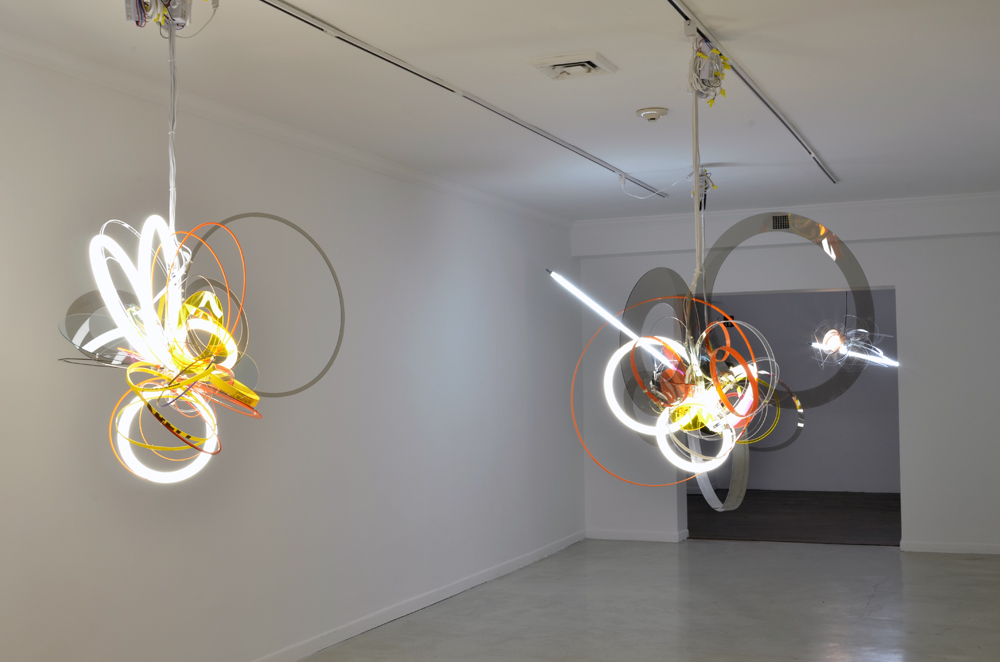 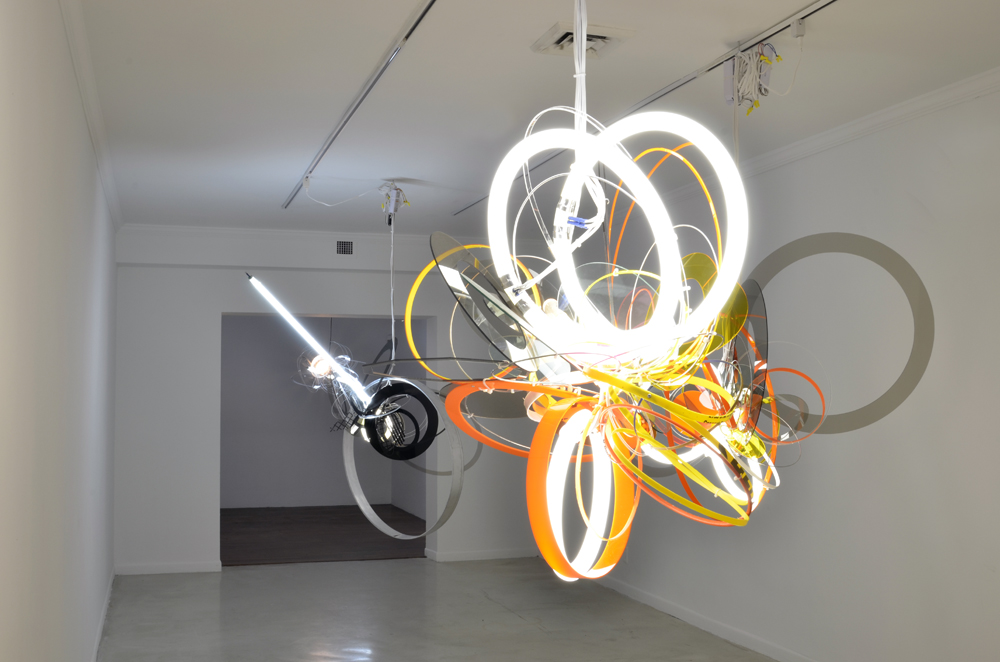 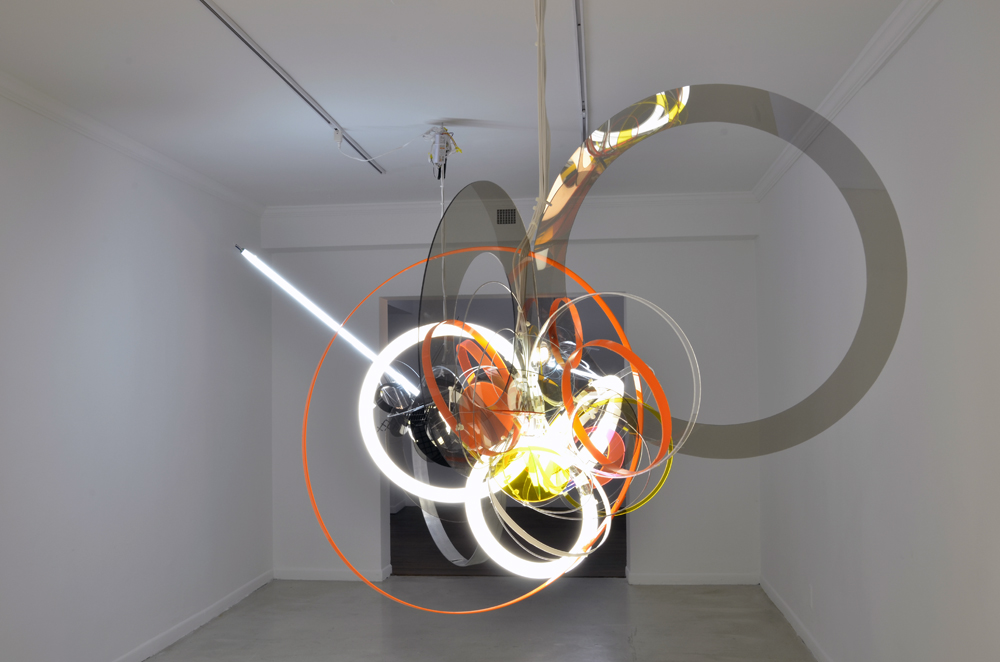 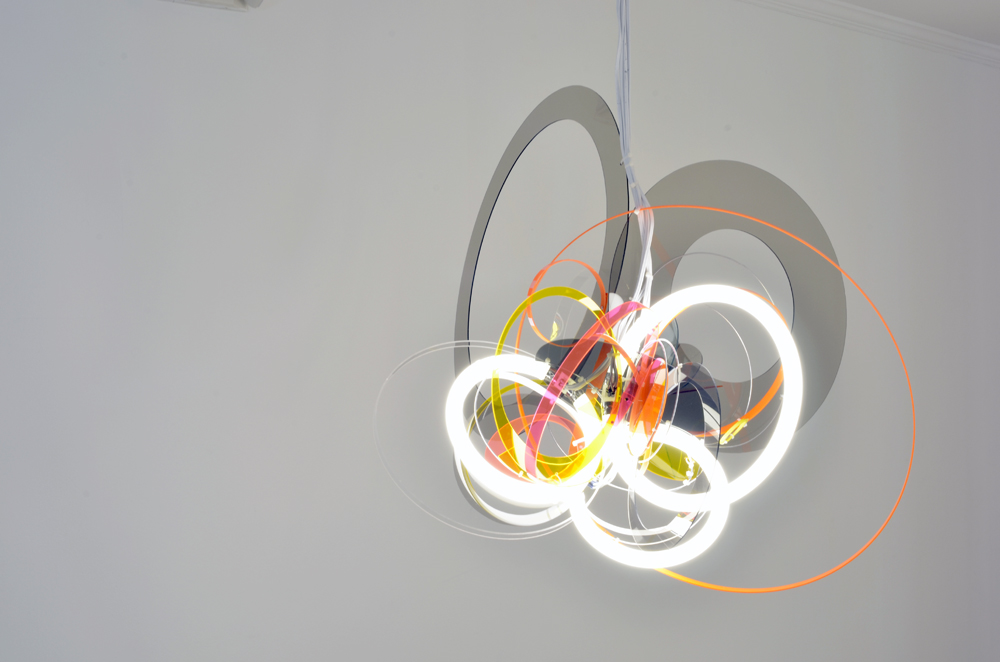 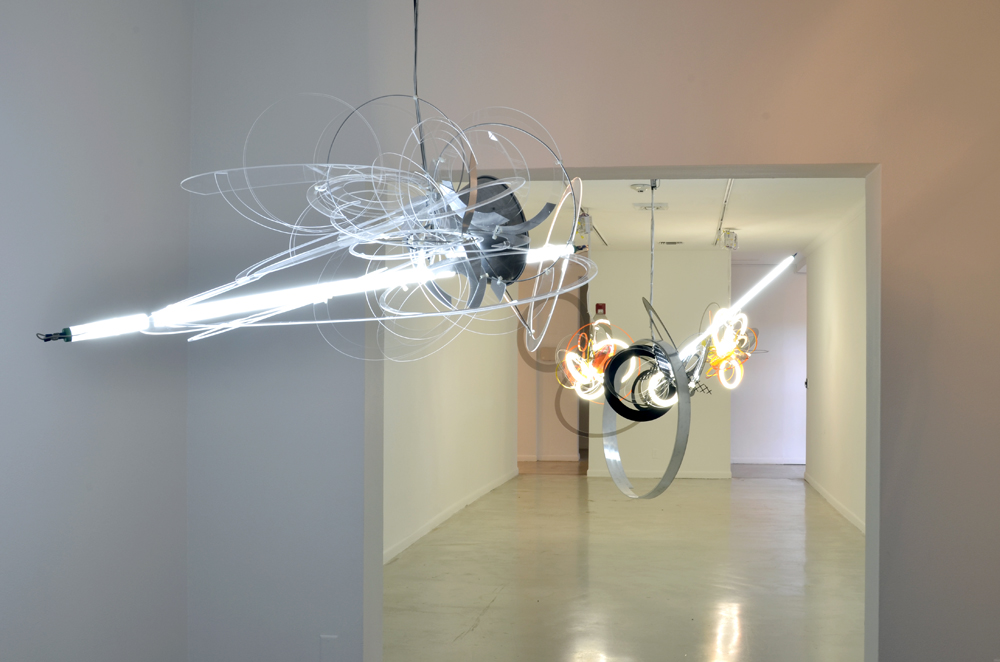 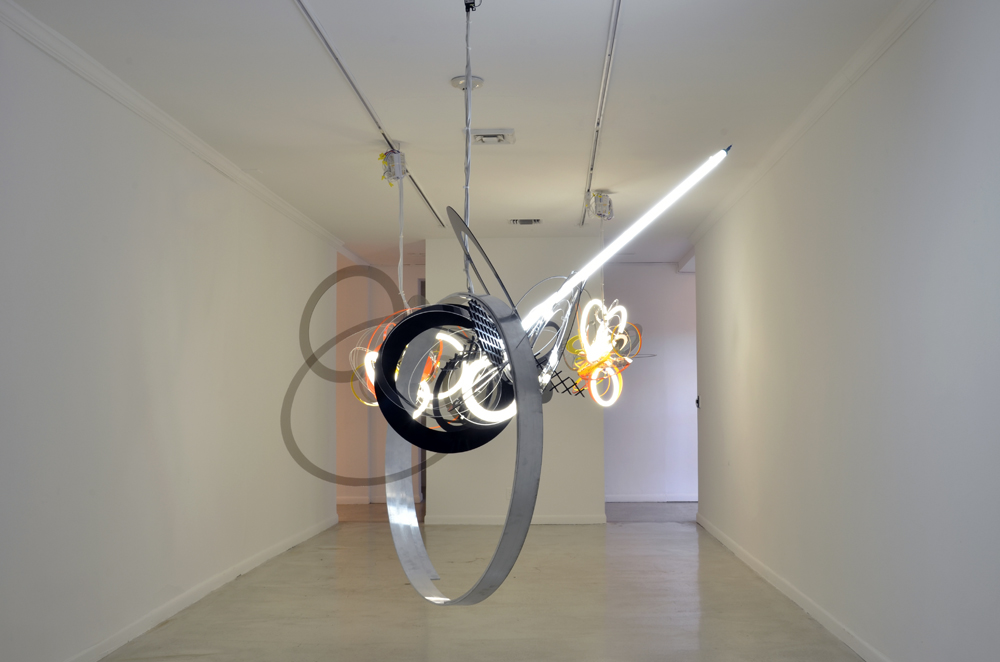 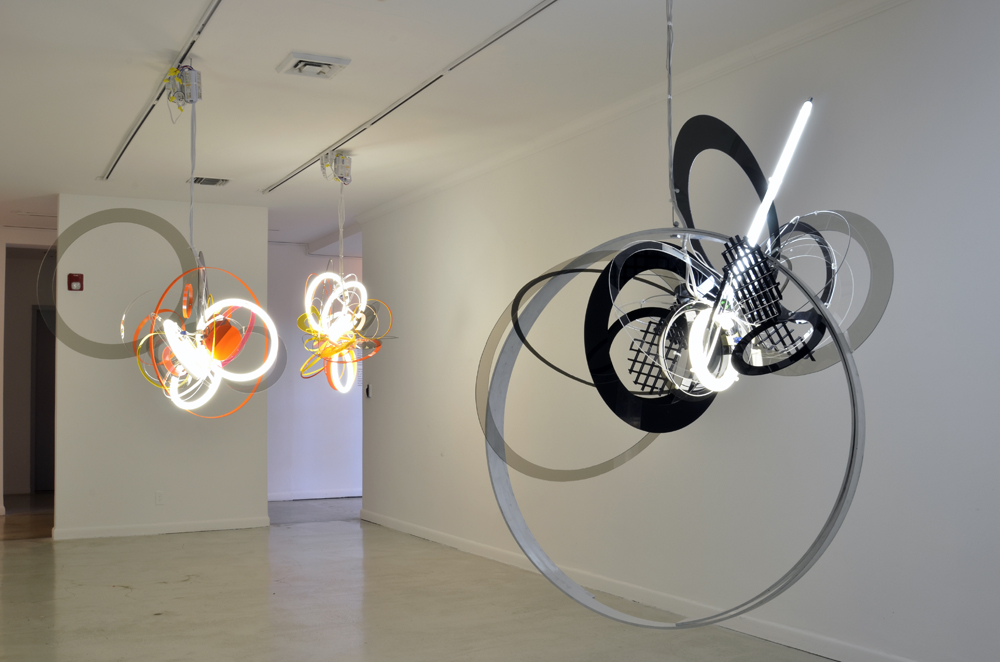 Pleiades: Sistema 10, 2016
Installation
Variable dimensions
In Greek mythology the word Pleiades refers to the seven daughters of Atlas.  The contemporary usage of the term in the fields of astronomy and cosmology applies to a cluster of objects colliding in space.
I utilize the concept of Pleiades as structure and tool to organize a sequence of artworks in space, forming a pattern where all the pieces presented have either physical or theoretical connections. The works function not only as individual pieces, but also as integral components of a larger system.
The work’s current output is rooted in ideas of system, surplus and contamination, mostly a result of a dedicated, investigative approach towards such topics. In this work, he has brought forth these notions to shape a series of pieces that examine formal connections that surfaced during fabrication. It is at this stage where a clear understanding forms on how
materials affect and define the trajectory of an object.